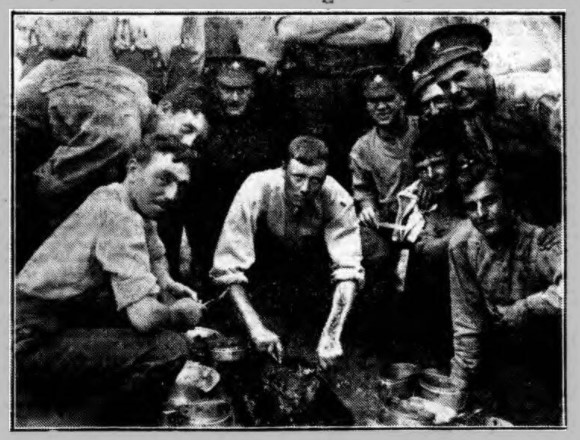 The Grantham Journal was published through the First World War and often included pictures of servicemen. One of Waymark Genealogy's current projects is to catalogue these pictures for future reference.
The catalogue starts from June 1914 and the intention is to work through until the end of 1919. This is currently a work in progress but enquiries regarding particular servicemen are very welcome.
Here is one of the first pictures to have been recorded, a group of recruits from the 9th Battalion of the Notts & Derby Regiment, Sherwood Foresters. The 9th Battalion was formed in August 1914 and was stationed in Grantham until April 1915. They landed in Suvla Bay, Gallipoli on 7th August 1915.